What’s California doing in space? Drifting through the Orion Arm of the spiral Milky Way Galaxy, this cosmic cloud by chance echoes the outline of California on the west coast of the United States. Our own Sun also lies within the Milky Way’s Orion Arm, only about 1,500 light-years from the California Nebula. Also known as NGC 1499, the classic emission nebula is around 100 light-years long. On the featured image, the most prominent glow of the California Nebula is the red light characteristic of hydrogen atoms recombining with long lost electrons, stripped away (ionized) by energetic starlight. The star most likely providing the energetic starlight that ionizes much of the nebular gas is the bright, hot, bluish Xi Persei just to the right of the nebula. A regular target for astrophotographers, the California Nebula can be spotted with a wide-field telescope under a dark sky toward the constellation of Perseus, not far from the Pleiades. (From APOD) 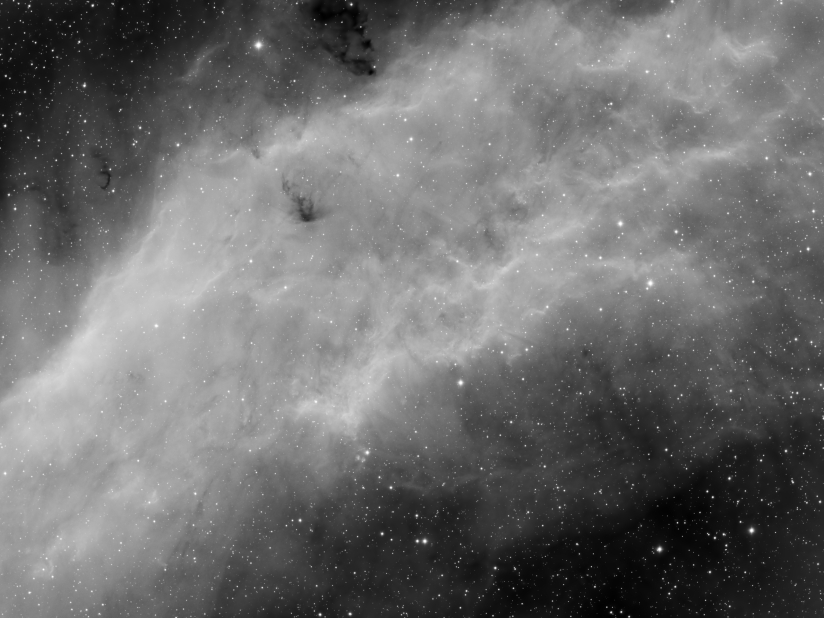 A test shot from my backyard at Sunnyvale, CA to test ATR8 reducer on AT111EDT.

Overall star shapes look fine across entire field, though at corners the stars are not round, and some even have weird shapes, which might have something to do with focus and tilt of focuser and 2″ EP connector.

Another note is that bright stars in L frame are much larger (and have bigger halos around them), so LRGB combination not only brings out many faint stars, it also makes bright stars much bigger, which swamps the center area of both clusters. To mitigate the issue, I generate a star mask of only small stars in L frame and apply it to RGB frame, the halo issue of bright stars get resolved and it does not affect faint stars either.

A test shot from my backyard at Sunnyvale, CA to test ATR8 reducer on AT111EDT.

Overall star shapes look fine across entire field, though at corners the stars are not round, and some even have weird shapes, which might have something to do with focus and tilt of focuser and 2″ EP connector.

Another note is that bright stars in L frame are much larger (and have bigger halos around them), so LRGB combination not only brings out many faint stars, it also makes bright stars much bigger, which swamps the center area of both clusters. To mitigate the issue, I generate a star mask of only small stars in L frame and apply it to RGB frame, the halo issue of bright stars get resolved and it does not affect faint stars either.

The recognizable profile of the Pelican Nebula soars nearly 2,000 light-years away in the high flying constellation Cygnus, the Swan. Also known as IC 5070, this interstellar cloud of gas and dust is appropriately found just off the “east coast” of the North America Nebula (NGC 7000), another surprisingly familiar looking emission nebula in Cygnus. Both Pelican and North America nebulae are part of the same large and complex star forming region, almost as nearby as the better-known Orion Nebula. From our vantage point, dark dust clouds (upper left) help define the Pelican’s eye and long bill, while a bright front of ionized gas suggests the curved shape of the head and neck. This striking synthesized color view utilizes narrowband image data recording the emission of hydrogen and oxygen atoms in the cosmic cloud. The scene spans some 30 light-years at the estimated distance of the Pelican Nebula. (From APOD)

Though not as splendid as totality, partial eclipse phase is still very beautiful, especially when  there were some sunspots visible. The sun has been mostly inactive this year and was almost completely blank a couples of weeks before the eclipse. But one group of sunspots emerged and moved to the center, and then another group emerged near the edge of the Sun 2-3 days before the eclipse. The sunspots not only looked beautiful, but also was very useful for focus, as it would be very hard to focus on the edge of the Sun. 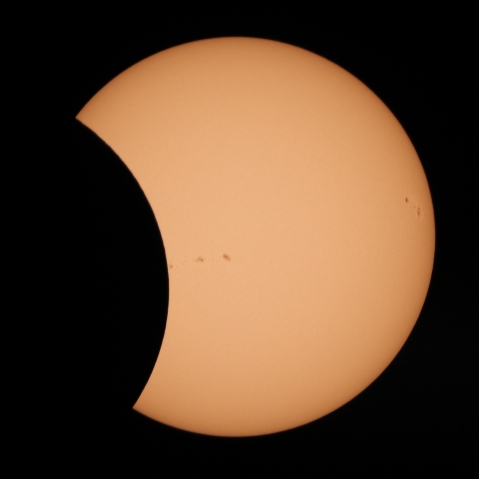 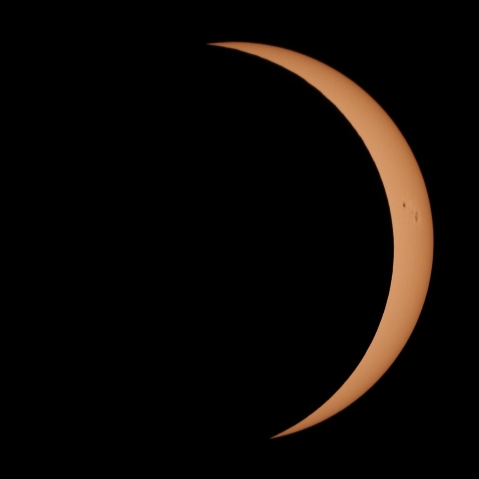 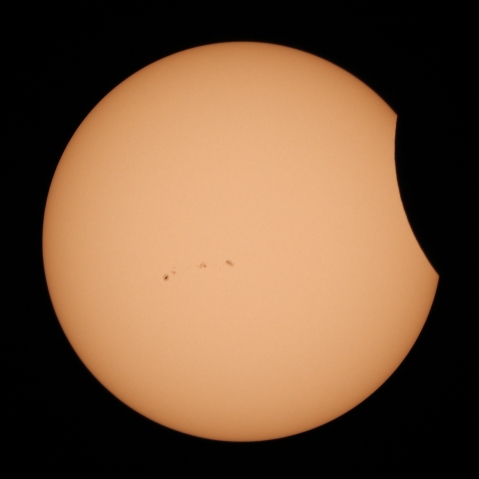 The following 2 composite images show the progress of entire eclipse, one was taken by Canon T3i and another by 5D4. 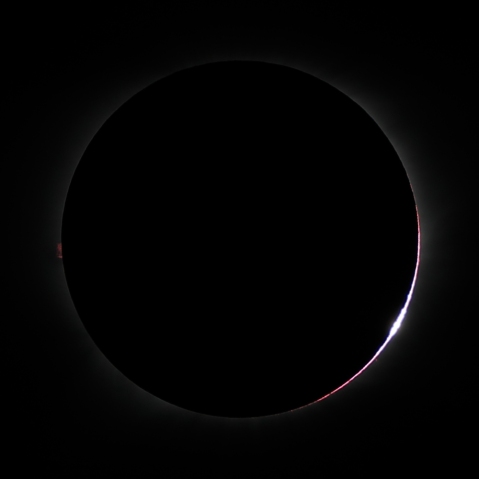 Here are the two images of Baily’s beads composite. Each combines images taken at 3fps around C2 and C3, it looks much much more astonishing than individual image. C2 is on the right side and C3 is on the left.

The high dynamic range of corona requires multiple exposure covering 10 stops or so. The following are a few images of stacking different exposures.

I use two different processing approaches:

This is traditional approach that can be found in many online tutorial. The basic flow is:

This is a much simpler approach by applying LarsonSekanina on averaged exposure.

The following two images are processed with Photoshop. The 1st image has more contrast. You may also notice that there are some green color in 1st image, it is artificial effect, I think, of the radical blur of prominence. It can removed by using color range filter.

This is processed using Pixinsight.

The following two images were taken by 5D4, thus have a much wider FOV. 1st one is processed using Photoshop and 2nd is using Pixinsight. 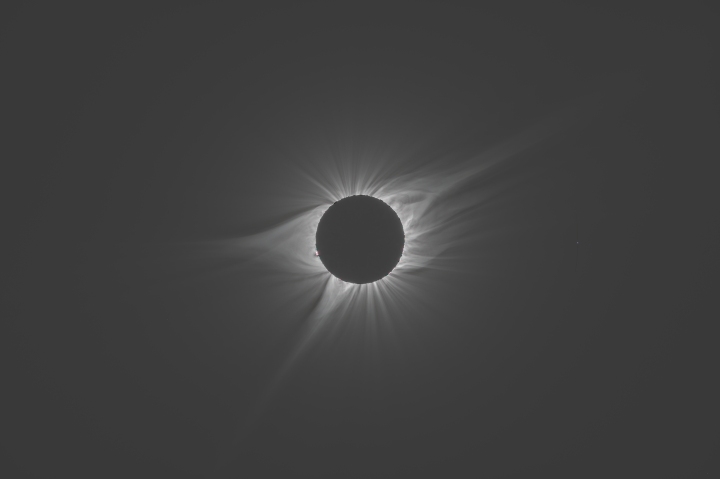 The following is wide angle composite of entire eclipse. The partial phase was taken every 5 minutes, using Manual mode, 1/3200s, f7.1 @ ISO400, however the totality was taken with Aperture Priority mode, f4, -1 EV for dark background.

The following wide angle image was take at C3. The plane probably carried people to watch eclipse from air.

Since during totality the Sun was high in the sky, the Moon shadow was not obvious as when Sun is low. The following animation consists of 6 images, taken every 5s from C2, it clearly shows the Moon shadow moving from west (right) to east (left).

This total solar eclipse is the longest eclipse in 21st century. The totality starts at India and crosses the most populated China (along Yangtze River) before heading off the Pacific Ocean. It is also called Great China Eclipse or Great Yangtze Eclipse). The path of totality covers some most populated cities, including Chengdu, Chongqing, Shanghai, Wuhan and Hangzhou, so hundred of millions people have a chance to view this rare event. Unfortunately it is also the monsoon season in Southern China so weather prospect is blink.

This is my first total solar eclipse adventure. Strictly speaking, it was not an adventure at all, since my in-law was located in the path of totality (Chongqing). I was so lucky that Chonqqing (which is known as FOG CITY) had the most favorable weather in China during totality. During entire my stay (~3 weeks) in Chongqing, there was only 2 clear sky, the eclipse day and the day after which was the clearest.

It was partly cloudy the day before eclipse, and started to clear out on the eclipse day morning. There were some broken clouds on sunrise, but it turned to clear sky when eclipse started. The sky was a bit hazy but I could not ask for more.

I did not have too many imaging equipments so I only took a ultra zoom camera and CG4 mount and tripod (with motor) with me. The CG4 mount and tripod fit nicely in suitcase, and the tracking was Ok for eclipse imaging, though it needed adjustment every 5-10 mins to put the Sun at the center. I also brought a Sony DVR to record the video.

I setup my equipments after having breakfast next to a smaller river. There were many restaurants but morning was very quiet. There were not many people when the eclipse started, but more and  more people paid more attention to the eclipse when it approached the totality.

Usually it was extremely hot (~80F even at night), but as the Sun was blocked, the temperature dropped and it became cooler and felt much comfortable, the sky became darker too. The Sun became smaller and smaller, from full disk to half disk, then to crescent.

The moment before totality, the Sun became brilliant – here came the Diamond Ring, then suddenly the Sun was gone, the dark disk of the moon was surrounded by round, soft and white corona. There did not seem any detail in corona (maybe I did not pay attention, or it was hazy to discern any detail). People were screaming, shouting “diamond ring, diamond ring”, and there seemed a very short dead silence when the Sun suddenly disappeared, then people cheered. The birds, dogs barks, as they did not know why Sun disappeared in the morning.

Nothing seemed changes during totality, the white corona surrounded the completely blocked Sun, however it was a scene that would never be forgotten. The sky was not completely dark, you could easily see people around you, the sky looked more like 30-40min after sunset. Venus was near Zenith and was brilliant bright. 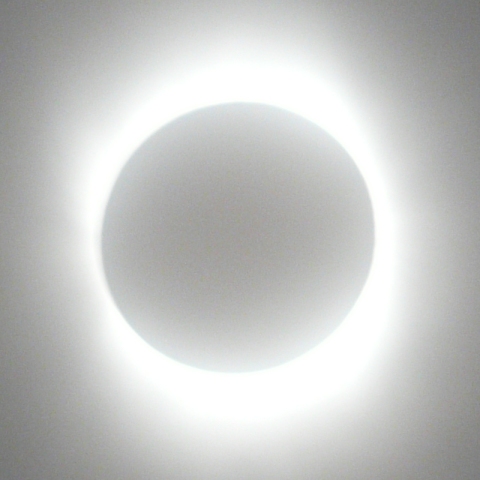 3rd contact seemed come much faster than it was supposed to, 4min totality seemed only 1-2 mins long. A few seconds before 3rd contact, there was a very bright, pinkish red light visible on Moon limb (as shown in the next picture), it was Chromosphere of the Sun, the brilliant Diamond Ring of 3rd contact came, the Sun reappeared from the back of the Moon.

After 3rd, people started leaving and soon there was only me alone taking picture. The temperature started climbing and it became scorching hot when the eclipse was over.

I took some pictures during totality, as well as the partial phase. My camera was not DSLR so the pictures were very grainy. And since I did not have remote shutter, lots of pictures looked blurry even with timer.

It seems that no matter how well they get prepared, and how many  pictures they have taken,  people always find something that something they regret (eg forgot taking off filter etc) during totality when they get so excited. Overall I was very happy with my 1st total solar eclipse expedition – I was so lucky that the weather was favorable, I witnessed the wonder of the sky, and I was also able to take some pictures of it. I was extremely happy because both my sons (7 years and 2 years) also saw the event, even though they may not remember or know what it was.

It has been a really stormy Dec, I have not even seen a trace of blue sky for at least 2 weeks prior to the eclipse. When I checked weather forecast a week before the event, all I could see was rainy/overcast. Nobody in bay area had any hope to view this eclipse. However a quick and strong winter storm plowed through bay area right before eclipse started, left much needed cloudy sky to view the event, before the next storm moved in.

Since weather was most cloudy and there was still occasional a few drops of rain, I set up my scope and mount in my backyard for quick observation. The Moon was completely blocked around the greatest eclipse, but the sky was clear from time to time for the rest of totality, which allowed me to take pictures of colorful Moon over starry sky. This composite is consisted of 18 images throughout the eclipse.

This composite shows the change of the brightness and color of the Moon, prior to and throughout the totality. The exposure of each image is 1s @ ISO 800.

This 10-pane composite shows crescent shape of the Moon while approaching the 2nd contact.

This composite shows turquoise color seen during the eclipse. The exposure of each image is 1/5s @ ISO800. 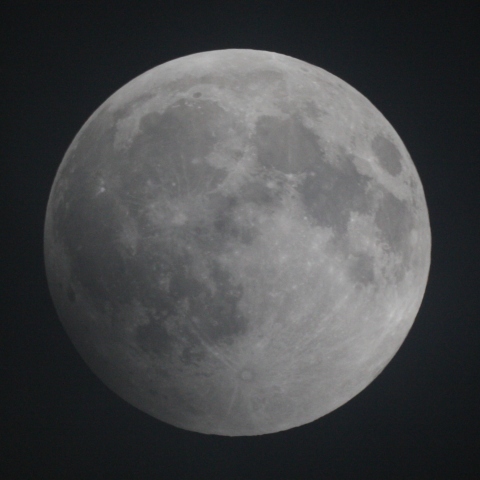 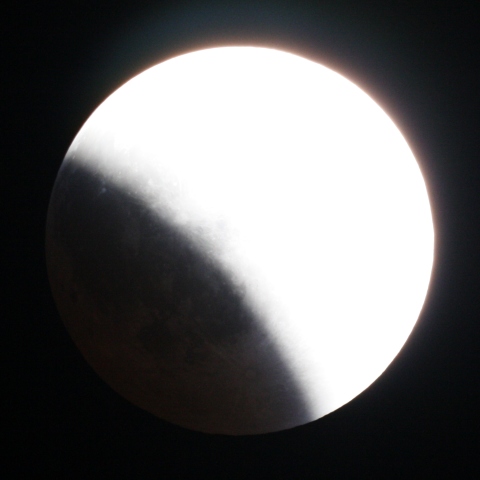 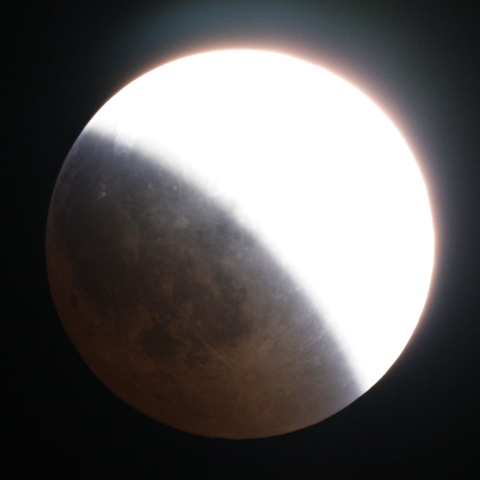 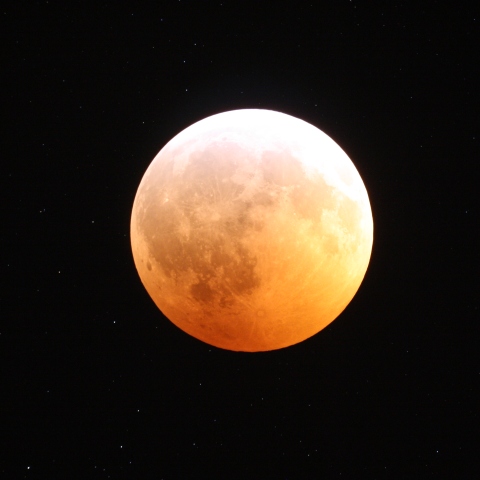 This is the one of the most dramatic Lunar Eclipse images I have taken, which shows orange red Moon and many background stars

Blackdragon72's Blog
Create a free website or blog at WordPress.com.