Partial Solar Eclipse happens when the Moon and the Sun are not completely aligned, so when viewing from the Earth then Sun is partially blocked by the Moon. Though not as specular as Total or Annular Solar Eclipse, it is still a fine  (and sometime unforgettable) astronomical  event.

On Oct 23rd, much of the North American is rewarded with a Partial Solar Eclipse, with  the maximum magnitude of ~0.8 at northmost area of Canada. The time is most preferable for Westen US as the entire Eclipse is visible, however Eastern US has the opportunity to view the eclipsed sunset which could be very spectacular. In San Francisco Bay Area, the eclipse starts at 13h54m, ends at 16h33m, and the greatest eclipse occurs at 15h17m with the magnitude of 0.5.

The weather at this time of year may be either very good or very bad, since the rain  season is about to start. On the eclipse day, the sky was partly to mostly cloudy in the entire morning, however the overall weather during the eclipse was good, there were some very thin high clouds at the beginning of the eclipse and then sky became mostly clear until end of eclipse.

I decided to use my “grab and go” setup for this event, which can be set up or torn down in less than 10 minutes. I set it up on the sidewalk outside my house, where the Sun would be visible throughout the entire eclipse.

This is the composite which consists of 18 individual images with 10 minutes interval. 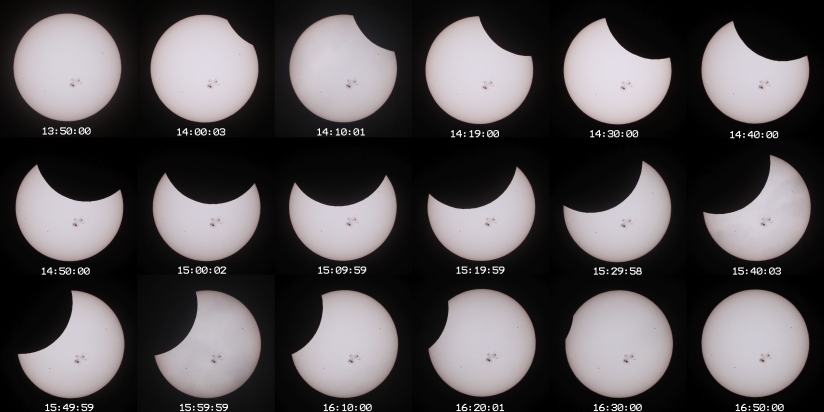 In the following image taken just before the 1st contact, there were 5 sunspot groups in the Sun. Jupiter sized sunspot AR2192 – the largest sunspot since 1990 – was easily visible by naked eyes through the solar filter. The Sun image on the same day by SDO (spacecraft) was also attached for comparison. 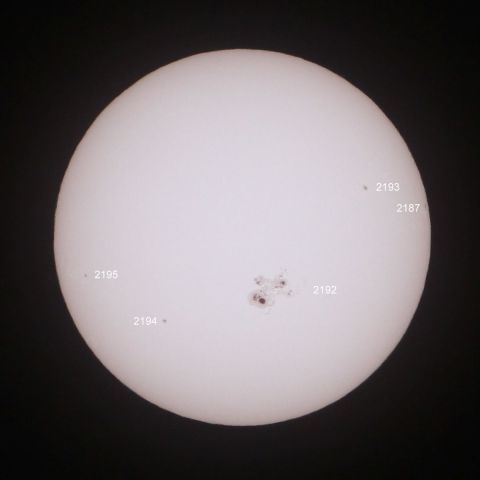 At 13h54m, the Moon crept in from NE, the 1st bite of the Sun was visible in the image but not to naked eyes yet. 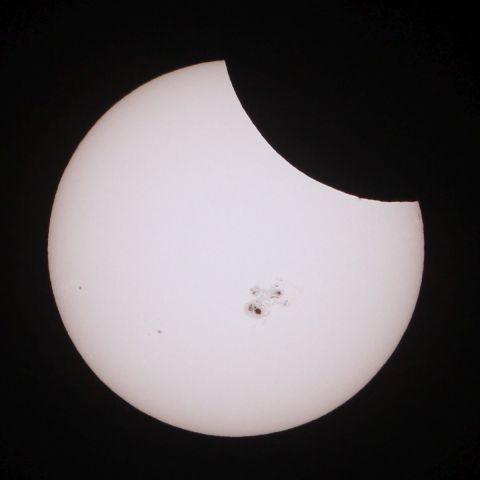 As the eclipse progressed, more and more Sun’s disk was covered by the Moon. At ~14h45m, the temperature became noticeable cooler and the weather was more pleasant (since I had to sit under the Sun all the time). The magnitude was ~0.4 at this time, and >25% of the Sun’s disk was blocked. The weather remained cooler until 15h40m, when the temperature gradually increased, and returned to normal at 15h45m. 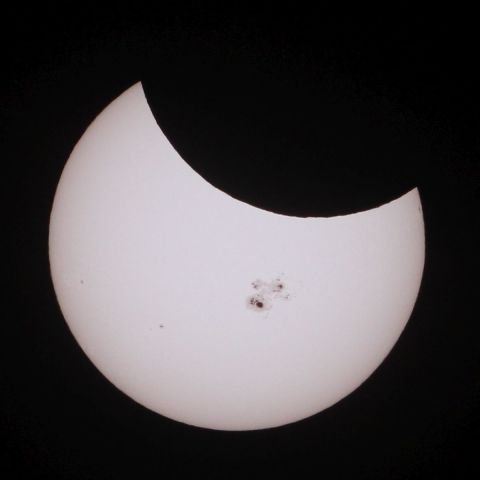 At 15h05m, sunspot AR2193 emerged from the shadow of the Moon, after disappearing for 44 minutes. In this image (and many others too), many details of the sunspot AR2192 can be seen. It is amazing that my portable telescope (72mm F/6) could deliver such high quality image even under far from perfect seeing condition (seeing is the stability of the air, bad seeing usually occurs after the cold front sweep across and will result in the blurry image). 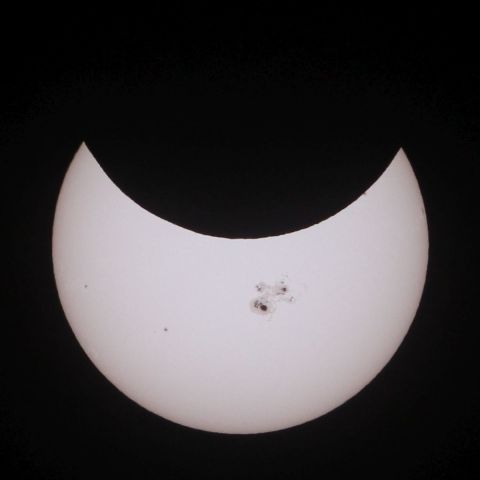 The greatest eclipse occurred at 15h17m, ~40% of the Sun disk was blocked, with the magnitude of 0.5 (which can be measured from the image).

The Sun at 16h15m, only a small portion of the Sun remained being blocked by the Moon. 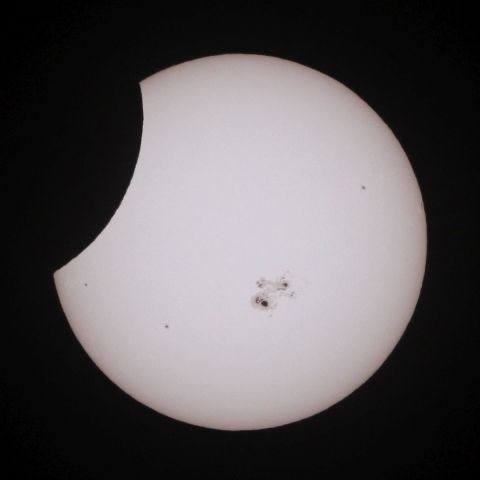 At 16h32m, the Moon was about to move out completely, only a trace of the shadow was visible on the left (West) in the image. 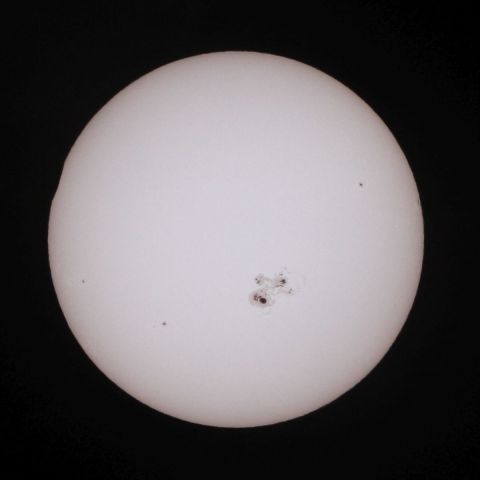